It was exactly the kind of night Alex Oxlade-Chamberlain had waited for.A European tie, that blood red Liverpool strip. A first Champions League start in 18 months.A goal inside two minutes, and a stunner to wrap the game up in the second half. Article continues below Editors’ Picks Messi a man for all Champions League seasons – but will this really be Barcelona’s? Are Chelsea this season’s Ajax? Super-subs Batshuayi & Pulisic show Blues can dare to dream Time for another transfer? Giroud’s Chelsea spell set to end like his Arsenal career USMNT vs Netherlands: Ajax teen Dest caught in an international tug-of-war That’s how to influence a game of football.Oxlade-Chamberlain’s exquisite double set the Reds on their way to a 4-1 victory in Genk – a result which, coupled with Salzburg’s defeat to Napoli in Austria, puts Jurgen Klopp’s men in a strong position to qualify from Group E.Oxlade-Chamberlain didn’t take long to register his first competitive goal since April 2018, a smart, skimming effort inside goalkeeper Gaetan Coucke’s right-hand post from 20 yards, after a line-breaking pass from birthday boy Fabinho.One minute and 50 seconds was the official time, making it the fourth-fastest goal Liverpool have scored in this competition.A great moment, but the best was still to come.Twelve minutes after half time, Roberto Firmino laid the ball back to Oxlade-Chamberlain, again 20 yards from goal. And as two Genk defenders converged, he produced an outrageous, first-time strike with the outside of his right foot, the ball curling beyond Coucke and in via the underside of the crossbar.The smile on his face said everything. It was the first time he had scored twice in a game since October 2016, when he was playing for Arsenal against Reading in a League Cup tie. He won’t have scored many better.And, just like Adam Lallana at Old Trafford on Sunday, he’d produced a big contribution after spending so long in the shadows.It hasn’t been easy for Oxlade-Chamberlain, whose absence has coincided with Liverpool’s ascent. While his team-mates became European champions and embarked upon a record-breaking Premier League campaign, his days and nights were spent in the gym and the pool, wondering if he’d ever truly be the same player.It will be some time before we know the answer to that question, in truth, but the evidence here was that Oxlade-Chamberlain still has a big role to play at Anfield. In 73 minutes on the field, he decided the game in Liverpool’s favour. 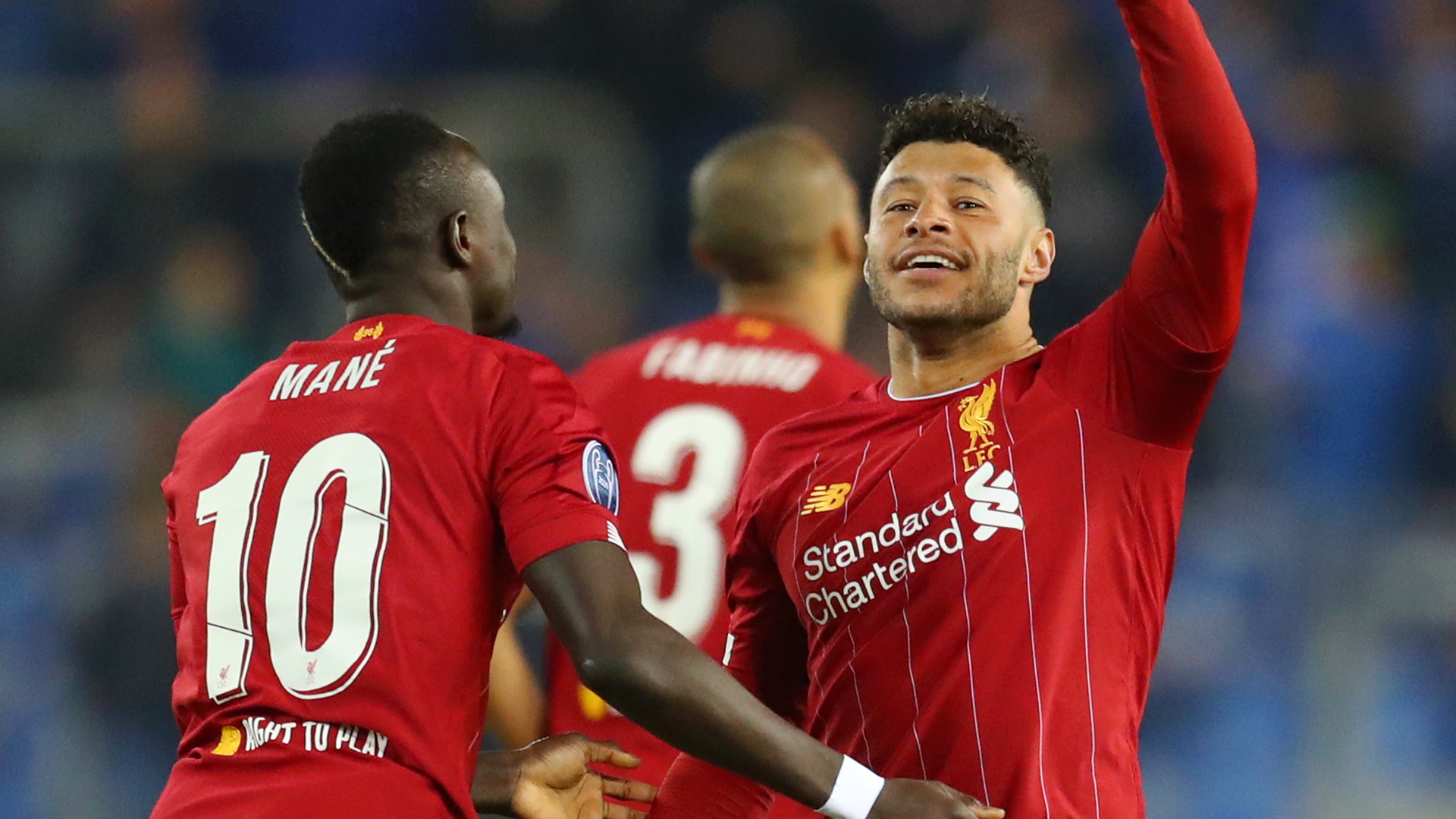 He had been part of a bold, exciting line-up selected by Klopp, who made five changes from the Lallana-inspired draw at Manchester United. Dejan Lovren, James Milner and Mohamed Salah came in, while Oxlade-Chamberlain was joined by Naby Keita in an attack-minded midfield.This was the selection Liverpool fans have wanted, a move away from the tried-and-trusted in the middle of the park. The Reds had looked stodgy in that department at Old Trafford, and the hope was that the presence of Oxlade-Chamberlain and Keita, two dynamic, ball-carrying players, could add a fresh dimension to their play.They did exactly that at times, although the flipside is that at others Liverpool looked far more open than Klopp would have wished.Indeed, when their full-backs, Andy Robertson and the ever-versatile Milner, looked to push on, the Reds had as many as seven players attacking. A better, more polished team than Genk might have made more of the space that afforded.As it was, the Belgians were paddling against the tide from the second minute, and had no answer to the quality of Oxlade-Chamberlain’s strikes.Sadio Mane and Salah finished them off, too sharp and too quick for the Genk defence in the dying stages. Both goals were taken superbly. Both players were assisted by the other.  The home side’s consolation, scored by substitute Stephen Odey, drew great cheers but mattered little. It is Liverpool who are eyeing the knockout stages.Oxlade-Chamberlain, meanwhile, is hoping to make up for lost time.This was a good place to start. Ox-rated, you could say. Subscribe to Goal’s Liverpool Correspondent Neil Jones’ weekly email bringing you the best Liverpool FC writing from around the web