It was set up as a rematch, a chance for the Gregg Berhalter and the U.S. national team to get a little bit of revenge on Mexico, the same side the USA had lost to two months back in the Concacaf Gold Cup final. But It ended up being confirmation that Mexico is, without a doubt, the best team in Concacaf, with Tata Martino’s side rolling to a 3-0 win.If there was any doubt coming into the night about Mexico’s superiority, and there shouldn’t have been, it will be gone now.  Article continues below Editors’ Picks What is Manchester United’s ownership situation and how would Kevin Glazer’s sale of shares affect the club? Ox-rated! Dream night in Genk for Liverpool ace after injury nightmare Messi a man for all Champions League seasons – but will this really be Barcelona’s? Are Chelsea this season’s Ajax? Super-subs Batshuayi & Pulisic show Blues can dare to dream The 3-0 result was proof positive that the rebuild of the USMNT under Berhalter is not yet a finished product. The first 20 minutes were promising enough, but from the moment Jesus ‘Tecatito’ Corona nutmegged Sergino Dest on his way to setting up Javier “Chicharito” Hernandez for Mexico’s opener right through the end of the match, it was clear which side was better. What’s worse, this wasn’t exactly the best team Mexico had to offer. Sure, a late collapse from the USA coupled with Josh Sargent having a penalty saved added gloss to the scoreline for Mexico, but in truth, the USA never offered enough of a threat in the attack. Christian Pulisic did his part, but Mexico seemed comfortable enough in dealing with the threat of the Chelsea winger on the counterattack. The USA lacked the ability to break down Mexico’s press, and aside from the early portion of the game and a couple of chances late on, there was nowhere near enough quality in the attack. 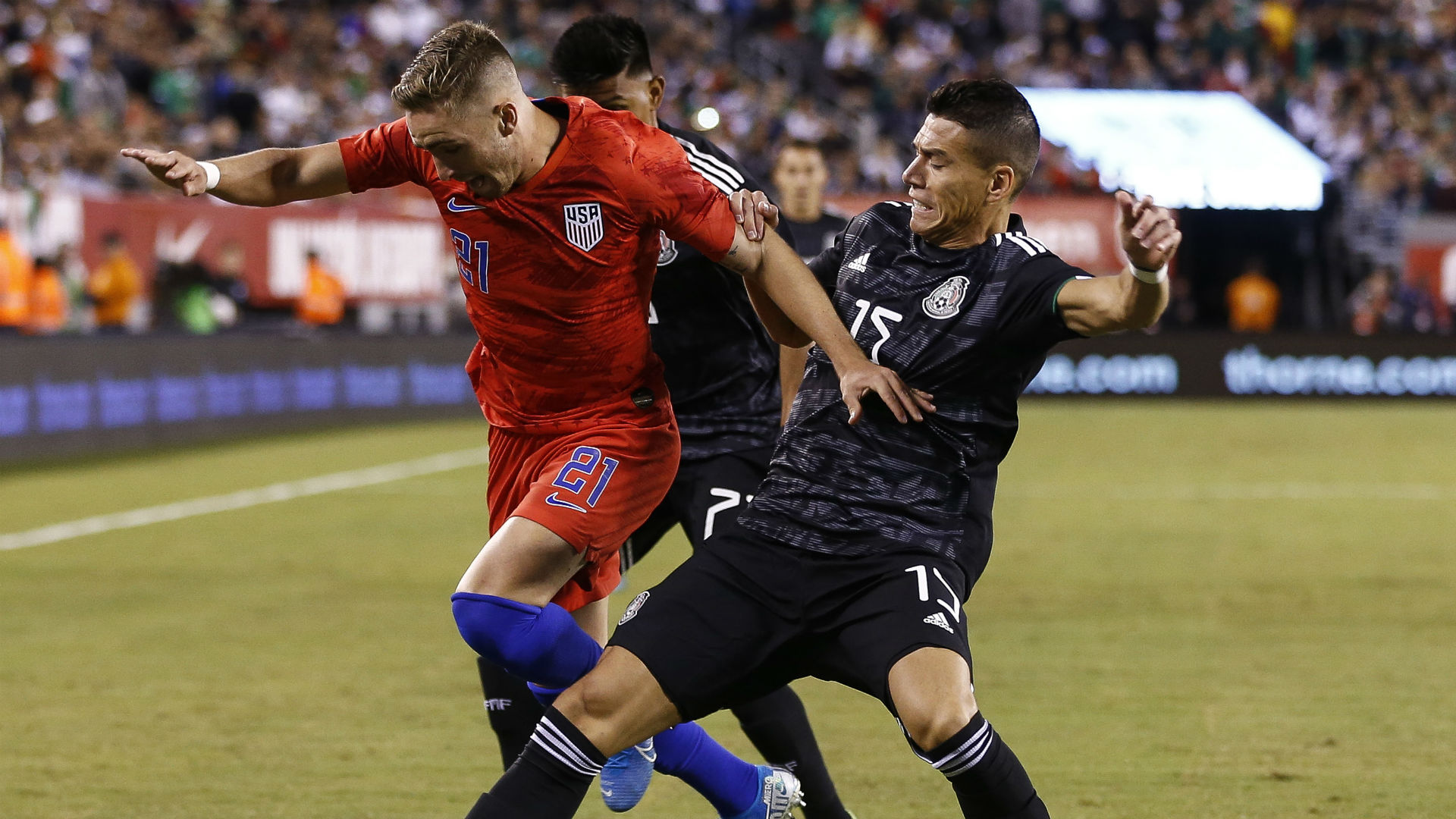 The pattern was familiar, even if the shift came much earlier on Friday than it did two months ago in the Gold Cup final.Berhalter’s side started out fast then as well, but the Mexico side on Friday, with a few veterans in the mix and Tecatito​ on the wing running wild, took firm control. And much like in the Gold Cup final, once Mexico scored it felt as though the USA had a massive mountain to climb with little hope of getting to the top, even if the USA boss saw positives from his side’s loss on Friday. “From my perspective, and you guys may think I’m crazy, but I’m happier about this game than the Gold Cup final because in the Gold Cup final I felt like all we did was play the ball long, and that was our only solution,” he told reporters after the match. “And now at least we tried to play the way we’re envisioning. I think, when I look at the game, it’s 3-0. To me, that’s not a fair reflection of the numbers.”​As if to illustrate the gap between the two sides, Berhalter turned to his bench and brought on Sargent, a young and relatively unproven forward to try and add a spark with his team trailing. Martino, by contrast, turned to Hirving “Chucky” Lozano with his team in the lead.While Sargent failed to put away his penalty, a classy run from Lozano set Uriel Antuna up​ for Mexico’s third.It added up to the biggest loss for the USMNT against Mexico since 2009, and while this summer’s Gold Cup may have offered hope that the USA could close the gap on its biggest rival quickly, Friday’s outing was a reality check that there is still much work to be done.