Even with a squad as strong as Manchester City’s, the loss of Aymeric Laporte for any significant length of time would be a massive blow.The Premier League champions, therefore, face an anxious wait after the centre-half was stretchered off in the 37th minute of Saturday’s 4-0 victory over Brighton.Laporte had clumsily caught Adam Webster with a rash challenge as the midfielder tried to break clear at speed and, moments after crashing to the floor, was waving his arm in the air to signal he was in trouble. Article continues below Editors’ Picks What is Manchester United’s ownership situation and how would Kevin Glazer’s sale of shares affect the club? Ox-rated! Dream night in Genk for Liverpool ace after injury nightmare Messi a man for all Champions League seasons – but will this really be Barcelona’s? Are Chelsea this season’s Ajax? Super-subs Batshuayi & Pulisic show Blues can dare to dream After physios spent a few minutes assessing his knee, he was carried from the field as referee Jon Moss waved a yellow card in the Frenchman’s direction for his cumbersome foul.That was the least of his concerns, though. Laporte was already on his way to hospital by the time the second half kicked off.By full-time, City boss Pep Guardiola was admitting that it didn’t look good. “He has gone to the hospital,” he said. “Tomorrow we will know exactly what he has. I think he will be out for a while.”Laporte’s importance to this Man City side cannot be underestimated.Guardiola described him as the “best left-sided central defender in the world” in his pre-match press conference. 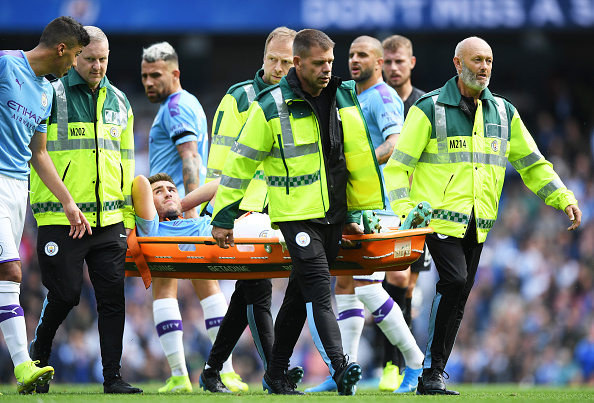 Even in a squad that included Vincent Kompany, John Stones and Nicolas Otamendi, Laporte started every Champions League match for City last season, and missed only four Premier League games.Part of the reason for his ubiquity was Didier Deschamps’ decision to leave him out of ever France squad for the past two years.That changed this week when Laporte was recalled for the Euro 2020 qualifiers against Albania and Andorra.As it stands, it seems unthinkable that he will join up with the world champions in the coming days but he would happily accept merely missing out on his international return if it meant only a couple of weeks on the sidelines.So would City, who have already lost winger Leroy Sane for at least six months with a cruciate knee ligament injury.Even more crucially, centre-back is arguably the one position in which City are short on cover.Former captain Kompany left in the summer, leaving City with three senior centre-backs, along with the highly-rated academy players Eric Garcia and Taylor Harwood-Bellis.Garcia, a Spain under-18 international, looked impressive when he started three games in last season’s Carabao Cup, while Harwood-Bellis caught Guardiola’s eye on the pre-season tour to the Far East with a number of composed and calm performances.But the Catalan won’t want to rely on such raw defenders if they are to again battle on four fronts, which is precisely why he figured on playing Fernandinho in defence after the midfielder’s trial runs in the deeper role last season proved more than successful.With Stones ruled out until after the international break, it was the Brazilian who replaced Laporte, slipping harmoniously into the back four alongside Otamendi.City were already 1-0 by that point. Brighton boss Graham Potter claimed to have a plan to stop City but it was gone inside 68 seconds, with David Silva teeing up Kevin De Bruyne for his first goal of the season. 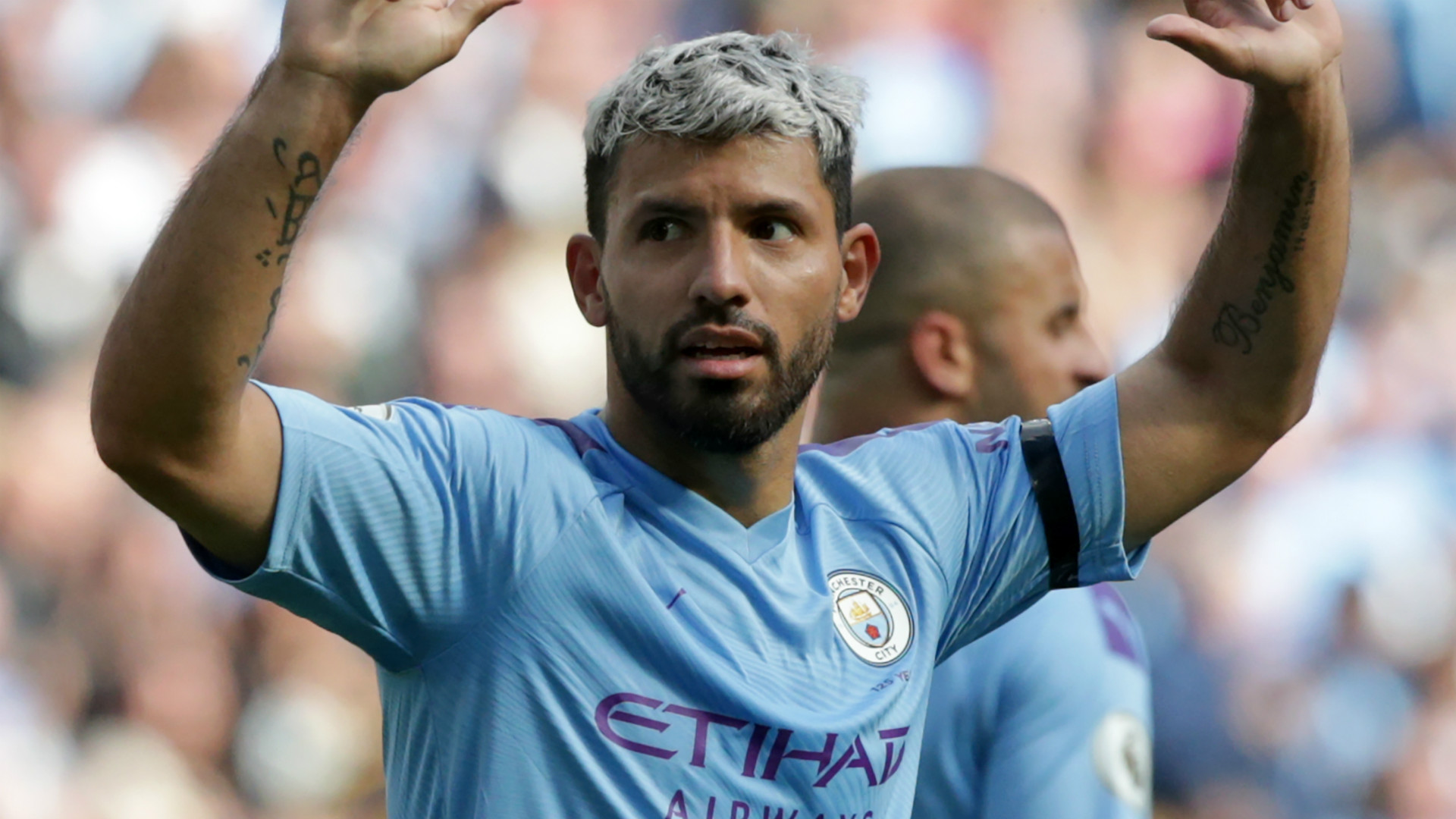 Potter had caused City plenty of problems last season while in charge of Championship side Swansea City, who almost caused a shock in the FA Cup, only for the eventual winners to fight back from two goals down to win 3-2.He instilled the same kind of bravery in Brighton at the Etihad. They squeezed City in possession and knocked the ball around confidently at the back as they tried, and often successfully, broke City’s high press.However, they seldom looked like scoring and ultimately City’s quality told. The champions grabbed a second goal three minutes before half-time, with De Bruyne’s fifth assist of the season setting up Aguero’s fifth goal of the season.The Argentine then went one better when he curled a delightful shot past Matthew Ryan from the edge of the area.Aguero has now scored from his seven shots on target in the Premier League going back to last season’s win over Leicester City – although he can be grateful for VAR overruling his penalty miss against West Ham on the opening day of the season.His final impact was to set up Bernardo Silva for a fourth, 17 seconds after the Portuguese forward had come on to the pitch.In the end, it was another routine win for City. The coming weeks will be anything but, if Laporte’s injury is as serious as now feared.  Check out Goal’s Premier League 2019-20 fantasy football podcast for game tips, debate and rivalries.