It started with a simple viral video but one week later, Carli Lloyd has found herself talking seriously about becoming an NFL placekicker – and fielding offers to do so as well. The U.S. women’s national team forward nailed a 55-yard field goal at a joint practice session for the Philadelphia Eagles and Baltimore Ravens last week, impressively doing so through a goal post that was narrower than regulation size. That video set the internet ablaze and just days later, Lloyd was reportedly fielding offers to kick for an unnamed NFL team in a preseason game.  Article continues below Editors’ Picks What is Manchester United’s ownership situation and how would Kevin Glazer’s sale of shares affect the club? Ox-rated! Dream night in Genk for Liverpool ace after injury nightmare Messi a man for all Champions League seasons – but will this really be Barcelona’s? Are Chelsea this season’s Ajax? Super-subs Batshuayi & Pulisic show Blues can dare to dream The 37-year-old turned down the offer due to a scheduling conflict with her day job: The USWNT takes on Portugal in Philadelphia on Thursday as part of their five-game World Cup victory tour.  Lloyd, however, was bullish on her chances of eventually making history as the first woman to play in the NFL.  “There’s got to be a first for everything,” Lloyd said on Wednesday. “I know that mentally you need to have thick skin, you’ve got to be mentally tough.  “I invite pressure, I love pressure, I’ve got that all kind of ticked off and now it’s just a matter of knowing if I can do it and go from there.” Lloyd is well aware that doing it in an actual football game is far different than what she accomplished in a practice session last week. For one, she’ll have to do so with a helmet and pads on. She also won’t have the luxury of kicking without any resistance in front of her.  “I’d maybe need a couple 300-pound men to rush at me,” Lloyd said.  Additionally, the two-time World Cup champion took a five-step run-up when she was practicing field goals. Most NFL kickers only have time to take two steps. “I want to actually go out there and try to take a two-step kick to make sure that I can actually do it,” Lloyd said. “If I can do that from a pretty good distance then I would feel a lot more comfortable.” She’ll have to master several ancillary skills but Lloyd does have two of the most important attributes any successful kicker needs: power and accuracy.  “I think 100 percent she can do it,” USWNT head coach Jill Ellis said. “No doubt in my mind. “I remember when I first came on the scene I saw Carli Lloyd strike a ball on goal and I said, ‘Holy crap, that’s the hardest I’ve ever seen a woman hit a ball’. So she certainly has the velocity and the technique.” 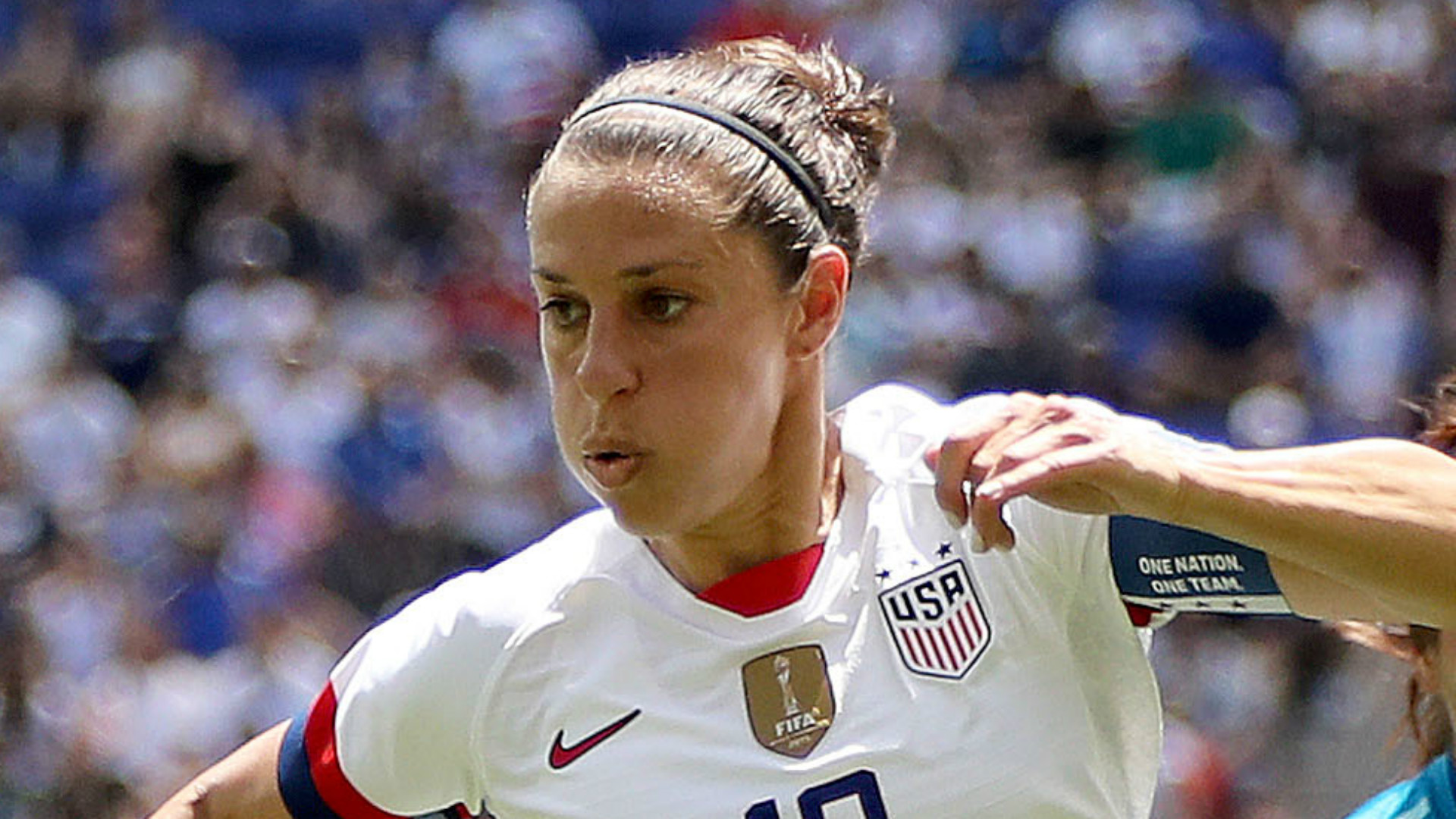 Ellis is set to leave her position in October and when her replacement comes in, Lloyd will have much more clarity on whether her future will involve footballs of a round or oblong shape. “I’m waiting on a new coach to be announced and if that coach would like to see me in the Olympic plans then I’m all for it,” Lloyd said of next summer’s tournament in Tokyo.”But if that coach doesn’t then I’ve got to think of some other things that I want to do.”There is, of course, one other hurdle Lloyd would have to overcome to be an NFL player, which Los Angeles Chargers wide receiver Keenan Allen described on Twitter on Tuesday.“Sound sweet til somebody block the kick and all of a sudden she on defense,” Allen wrote. “Would be like the stampede scene in the lion king movie. She do got a boot tho!”Kickers find themselves on the receiving end of hits most often on kickoffs, but a team could theoretically use their punter for those. But, as Allen said, if Lloyd saw one of her field goals blocked, she’d be fair game. Could Lloyd take a hit? Most NFL kickers are among their teams’ smallest and most vulnerable players anyway, and Lloyd is under no illusions that she’d be any different. “You can’t really touch a kicker but it happens,” Lloyd said. “I’m not naive to that.“But yeah, 300 pounds coming at me, I’d probably try to give my best shot but I don’t know, I might be in the hospital after that.”